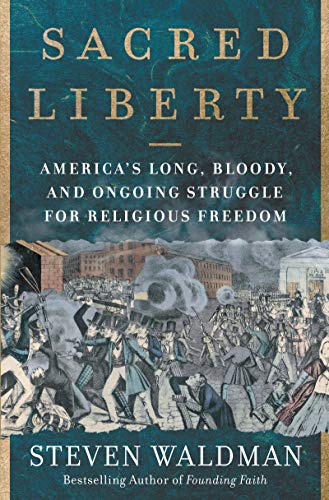 Just as the documentary Eyes on the Prize captured the rich drama of the civil rights movement, Sacred Liberty brings to life the remarkable story of how America became one of the few nations in world history that has religious freedom, diversity and high levels of piety at the same time. Finally, Sacred Liberty provides a roadmap for how, in the face of modern threats to religious freedom, this great achievement can be preserved.

HarperOneNon FictionReligious FreedomSacred LibertySteven Waldman
Gospel eBooks is a participant in the Amazon Services LLC Associates Program, an affiliate advertising program designed to provide a means for sites to earn advertising fees by advertising and linking to amazon.com. View our Privacy Policy.