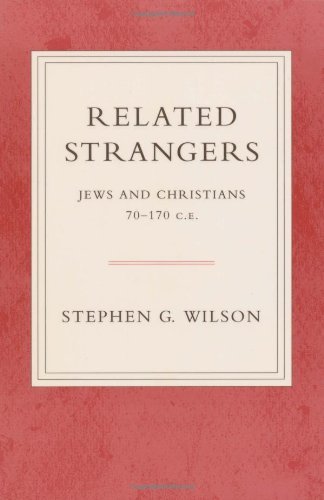 In the century after the end of the Jewish War (70 C.E.), the relationship of Christians and Jews became increasingly distinct. Surveying in detail Jewish and Christian canonical and noncanonical traditions, Wilson deals comprehensively with the literary evidence from this time.

70-170 C.EFortress PressJews and ChristiansRelated StrangersStephen Wilson
Gospel eBooks is a participant in the Amazon Services LLC Associates Program, an affiliate advertising program designed to provide a means for sites to earn advertising fees by advertising and linking to amazon.com. View our Privacy Policy.