Pursuit of Glory: A Disciple’s Journey with Jesus 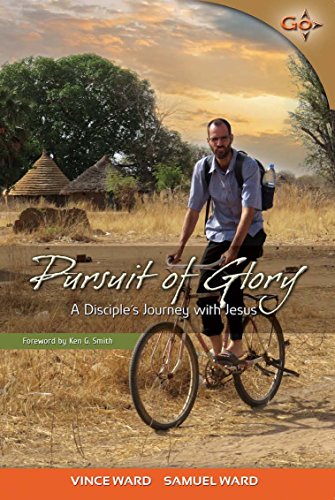 When Vince Ward was growing up in Canada, he was obsessed with achieving personal glory—in sports, music, or a flashy career. Upon his conversion, he became convinced of his need to seek God’s glory rather than his own. This pursuit led him, along with his wife and growing family, to the new mission field of South Sudan, where his love for his Savior and desire to serve Him deepened. In the ten years to follow, he saw God’s glory revealed in the most difficult circumstances.

Also included is the story of Samuel Ward, his son, born to a childhood very different from that of his father’s. Growing up in a hut amid threats of civil war, disease, and poisonous snakes, he watched his parents striving to spread the gospel in an unforgiving environment. His story is both astonishing and touching, a vivid portrayal of a boy’s experience growing up on the front lines of the mission field.

Crown & Covenant PublicationsPursuit of GlorySamuel WardVince Ward
Gospel eBooks is a participant in the Amazon Services LLC Associates Program, an affiliate advertising program designed to provide a means for sites to earn advertising fees by advertising and linking to amazon.com. View our Privacy Policy.