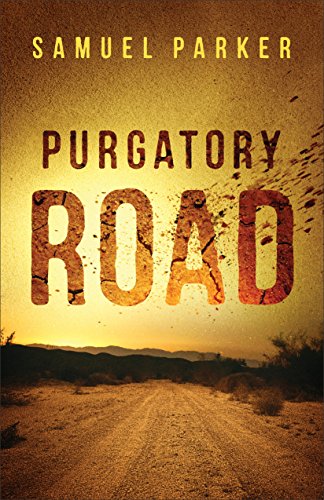 Named one of Library Journal’s Best Books of 2017

When a day trip out of Las Vegas with his wife takes a turn for the worse, Jack is sure that he has the ability to get them home. But he drove into something far beyond reason.

Rescue comes in the form of a desert hermit, but hope fades as the couple comes to realize that the nomad has no intention of letting them leave. A chance encounter with a kidnapped runaway and her crazed abductor leads them all farther into the wilderness–and closer to the cold brutality that isolation brings.

At the edge of his sanity, Jack begins to learn that playing by another’s rules may be the only way to survive.

In a voice that is as hypnotizing as a desert mirage, debut novelist Samuel Parker entices readers down a dangerous road, where the forces of good and evil are as crushing as the Mojave heat. This is suspense in its purest, most unfiltered form.

Purgatory RoadRevellSamuel Parker
Gospel eBooks is a participant in the Amazon Services LLC Associates Program, an affiliate advertising program designed to provide a means for sites to earn advertising fees by advertising and linking to amazon.com. View our Privacy Policy.