A Powerful Secret (The Worthington Destiny) 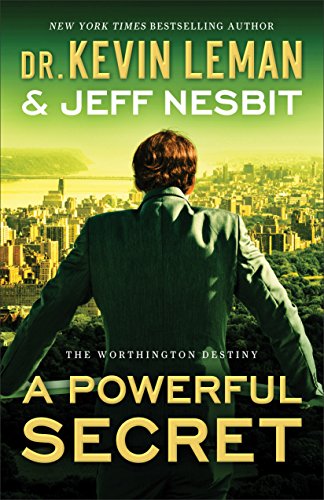 Sean Worthington is shocked when he hears his older brother Will announce that he will not run for New York’s Senate seat. In fact, he’s angry. All of his efforts as Will’s campaign manager are now for nothing–and Sean is left to handle questions from the press while Will walks away without a backward glance. Throughout his life, Sean has felt like an outsider in his own family. And not being told about his brother’s plans is just one more piece of evidence that he’s right.

Tired of being the odd one out, Sean is determined to forge his own path. Little does he know that it’s not easy to escape your family–especially when a powerful secret from the past threatens to explode everything Sean ever believed.

Bestselling author, psychologist, and birth order expert Dr. Kevin Leman and novelist and journalist Jeff Nesbit are back with another intrigue-filled look inside the influential Worthington family.

A Powerful SecretDr. Kevin LemanJeff NesbitRevell
Gospel eBooks is a participant in the Amazon Services LLC Associates Program, an affiliate advertising program designed to provide a means for sites to earn advertising fees by advertising and linking to amazon.com. View our Privacy Policy.