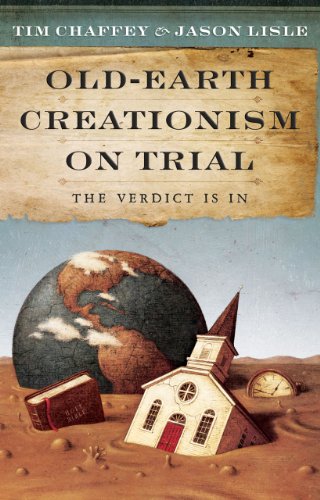 As the modern Church struggles to find a place of relevancy for a new generation that already has massive demands on its time and attention, more and more young people raised in the Church are leaving it – failing to find the answers to their questions of faith and life, beset with doubts raised by issues that the Church chooses not to address. Opting to skirt the controversy of Genesis as literal history, the biblical authority of the Holy Word is called into question and reduced to a collection of mere stories. More popularly considered an issue for schools or in the public realm, the conflicting views on the age of the earth also remain a pivotal issue within the Church – as it has for over two centuries.

Was the Creation week literally six days?
Does science really point to an old earth?
Does the issue really matter for Christians?
Should this issue even be discussed within the Church?
Join authors Dr. Jason Lisle and Tim Chaffey as they put forth a case against an old-earth interpretation of Scripture. A comprehensive biblical, theological, and scientific critique of old-earth creationism, the book presents its compelling testimony in layman’s terms to create a powerful debate that leads to unquestionable truth.

Jason LisleMaster BooksOld-Earth Creationism On TrialTim Chaffey
Gospel eBooks is a participant in the Amazon Services LLC Associates Program, an affiliate advertising program designed to provide a means for sites to earn advertising fees by advertising and linking to amazon.com. View our Privacy Policy.