From Jesus to the Church: The First Christian Generation

From Jesus to the Church: The First Christian Generation
https://gospelebooks.net/removed/jesus-church-first-christian-generation-2.html 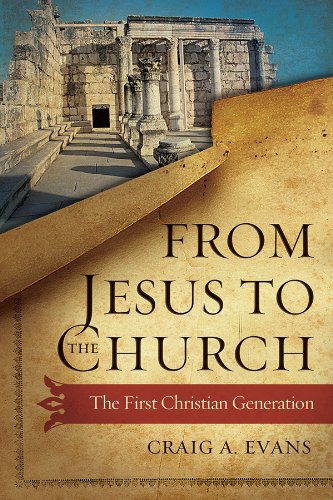 This study traces the tumultuous history of the very first followers of Jesus. Specifically, author Craig A. Evans looks at how a chain of events from 3-7 CE–beginning with Jesus’s entry into Jerusalem and subsequent crucifixion and ending with the destruction of the temple—led to the separation between the followers of Jesus and other Jews. Topics include the following: 1) whether Jesus actually intended to found the Christian Church; 2) the ways in which Jesus’s proclamation of the “Kingdom of God” relate to the Christian Church; 3) the role of James, brother of Jesus, in the new movement in Jerusalem; 4) the tension between James and Paul in the matter of law and works; 5) the conflict between the families and followers of Jesus and those of the high priest Annas before the destruction of the temple; and 6) the aftermath of the Jewish rebellion, whereby the Church moved away from its Jewish roots. An appendix further explores the reasons behind the rift between the Jesus movement and the synagogue.

Craig A. EvansFrom Jesus to the Churchthe First Christian GenerationWestminster John Knox Press
Gospel eBooks is a participant in the Amazon Services LLC Associates Program, an affiliate advertising program designed to provide a means for sites to earn advertising fees by advertising and linking to amazon.com. View our Privacy Policy.