The Great Turning Point: The Church’s Catastrophic Mistake on Geology 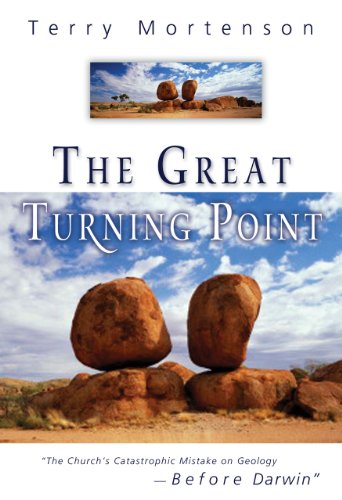 Many people in the Church today have the idea that “young-earth” creationism is a fairly recent invention, popularized by fundamentalist Christians in the mid-20th century. Is this view correct? In fact, scholar Terry Mortenson has done fascinating original research on this subject in England, and documents that several leading, pre-Darwin scholars and scientists, known as “scriptural geologists” did not believe in long ages for the earth. Mortenson sheds light on the following:

– Before Darwin, what did the Church believe about the age of the earth?
– Why did it believe this way?
– What was the controversy that rocked the Church in 19th-century England?
– Who were the “scriptural geologists”?
– What influences did the Church contend with even before Darwin’s book?
– What is the stance of the Church today?

This book is a thoroughly researched work of reference for every library – certainly every creationist library. Terry Mortenson spent much time and work on this project in both the United States and Great Britain. The history of the Church and evolution is fascinating, and it is interesting to see not only the tremendous influence that evolution has had on the Church, but on society as well.