The Genius of Ancient Man

The Genius of Ancient Man
https://gospelebooks.net/removed/genius-ancient-man.html 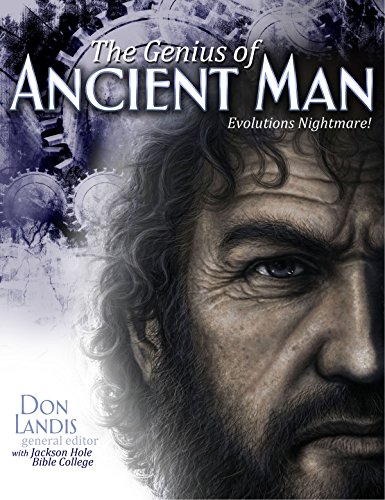 Evidences and commonalities explored from ancient man around the globe!

– Why structures echoing the Tower of Babel have been recreated on almost every continent and major culture
– What artifacts and archaeology, technology and innovation, really reveal about the origin of mankind
– Why many biblical symbols (rainbows, human sacrifice, mountains, the Son/ sun worship) were, and continue to be, distorted in pagan religious practices
– What the historical record reveals about Satan’s “counterfeit” of God’s plan for humanity

All over the world there are similar findings of ancient religions, cities and towers, world travel, advanced astronomy, and civilized government. Over the course of two years, a team of researchers from Jackson Hole Bible College has worked to bring together the different pieces of the convoluted mystery and history of ancient man.

Hours of researching, trips to various sites around North and Central America, visits to museums, and meetings with experts have provided the team with an overwhelming amount of evidence for the intelligence of these early innovators. A jumble of anomalies and magnificent structures continue to confound archaeology and anthropology today, yet as the dots are connected, one finds history as described in the biblical record.

Don LandisMaster BooksNon FictionThe Genius of Ancient Man
Gospel eBooks is a participant in the Amazon Services LLC Associates Program, an affiliate advertising program designed to provide a means for sites to earn advertising fees by advertising and linking to amazon.com. View our Privacy Policy.