In a Far-Off Land

In a Far-Off Land
https://gospelebooks.net/removed/far-off-land-2.html 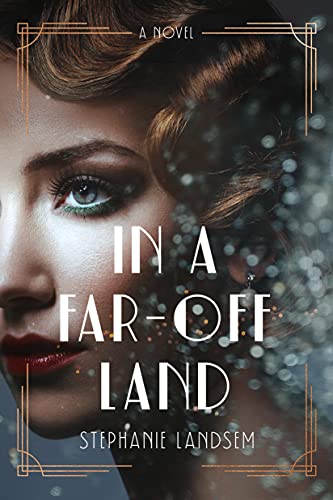 It’s 1931 in Hollywood, and Minerva Sinclaire is on the run for a murder she didn’t commit.

As the Great Depression hits the Midwest, Minerva Sinclaire runs away to Hollywood, determined to make it big and save the family farm. But beauty and moxie don’t pay the bills in Tinseltown, and she’s caught in a downward spiral of poverty, desperation, and compromise. Finally, she’s about to sign with a major studio and make up for it all. Instead, she wakes up next to a dead film star and is on the run for a murder she didn’t commit.

Only two unwilling men―Oscar, a Mexican gardener in danger of deportation, and Max, a too-handsome agent battling his own demons―can help Mina escape corrupt police on the take and the studio big shots trying to frame her. But even her quick thinking and grit can’t protect her from herself. Alone, penniless, and carrying a shameful secret, Mina faces the consequences of the heartbreaking choices that brought her to ruin . . . and just might bring her back to where she belongs.

In a Far-Off LandStephanie LandsemTyndale House Publishers
Gospel eBooks is a participant in the Amazon Services LLC Associates Program, an affiliate advertising program designed to provide a means for sites to earn advertising fees by advertising and linking to amazon.com. View our Privacy Policy.