Contours of the Kuyperian Tradition: A Systematic Introduction

Contours of the Kuyperian Tradition: A Systematic Introduction
https://gospelebooks.net/removed/contours-kuyperian-tradition-systematic-introduction.html 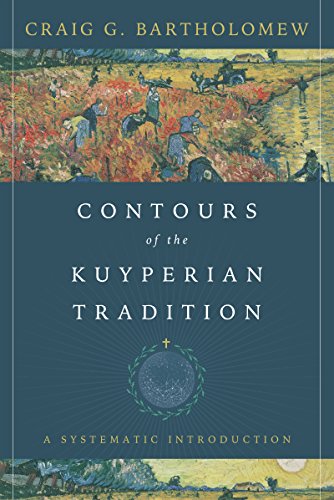 Abraham Kuyper was, by any standard, one of the most extraordinary figures in modern Christian history. He was a Dutch Reformed minister, a gifted theologian, a prolific journalist, the leader of a political party, the cofounder of the Free University of Amsterdam (where he was professor of theology), a member of the Dutch Parliament, and eventually prime minister of the Netherlands.

Kuyper’s remarkable legacy lives on today in the tradition of Dutch Calvinism that he developed. As his writings become more widely available, this tradition continues to find new adherents attracted by his comprehensive vision of Christian faith. But what defines the Kuyperian tradition?

Renowned South African theologian and philosopher Craig Bartholomew has written the first systematic introduction to this tradition. Drawing on Kuyper’s entire corpus, Bartholomew has identified the key themes and ideas that define this tradition, including worldview, sphere sovereignty, creation and redemption, the public square, and mission. He also goes beyond Kuyper to show how later thinkers developed these ideas. They include, among others, Herman Bavinck, J. H. Bavinck, Gerrit C. Berkouwer, and Herman Dooyeweerd.

Widely known but little read, Kuyper is now receiving the global recognition that his fertile and influential thought deserves. Contours of the Kuyperian Tradition is an indispensable guide to one of the most significant schools of thought in the modern age.

Abraham KuyperContours of the Kuyperian TraditionCraig BartholomewIntervarsity PressIVPKuyperian Tradition
Gospel eBooks is a participant in the Amazon Services LLC Associates Program, an affiliate advertising program designed to provide a means for sites to earn advertising fees by advertising and linking to amazon.com. View our Privacy Policy.