The Coming Race Wars: A Cry for Justice, from Civil Rights to Black Lives Matter

The Coming Race Wars: A Cry for Justice, from Civil Rights to Black Lives Matter
https://gospelebooks.net/removed/coming-race-wars-cry-justice-civil-rights-black-lives-matter.html 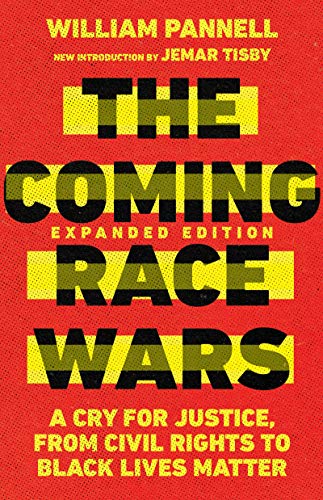 In the wake of the 1992 Los Angeles riots, Fuller Seminary theologian William Pannell decried the sentiment among white evangelicals that racism was no longer an urgent matter. In The Coming Race Wars? he meticulously unpacked reasons why our nation―and the church―needed to come to terms with our complicity in America’s racial transgressions before we face a more dire reckoning. Pannell was among a small number of Black evangelical leaders at the time who called the evangelical church to account on issues of racial justice. Now, nearly thirty years later, his words are as timely as ever. Some would even argue that the “race war” he predicted has arrived.
In The Coming Race Wars: A Cry for Justice, from Civil Rights to Black Lives Matter, Pannell revisits his provocative book with an expanded edition that connects its message to current events. With a new introduction by bestselling historian Jemar Tisby and a new afterword by Pannell, this compelling, heartfelt plea to the church will help today’s readers take a deeper look at the complexities of institutional racism and the unjust systems that continue to confound us.
This new edition of The Coming Race Wars will inspire you to open your eyes wider, discover a more holistic view of Christ’s gospel, and become an active participant in addressing America’s racial injustices.

A Cry for Justicefrom Civil Rights to Black Lives MatterIntervarsity PressThe Coming Race WarsWilliam Pannell
Gospel eBooks is a participant in the Amazon Services LLC Associates Program, an affiliate advertising program designed to provide a means for sites to earn advertising fees by advertising and linking to amazon.com. View our Privacy Policy.