Is Christianity the White Man’s Religion?: How the Bible Is Good News for People of Color

Is Christianity the White Man\’s Religion?: How the Bible Is Good News for People of Color
https://gospelebooks.net/removed/christianity-white-mans-religion-bible-good-news-people-color.html 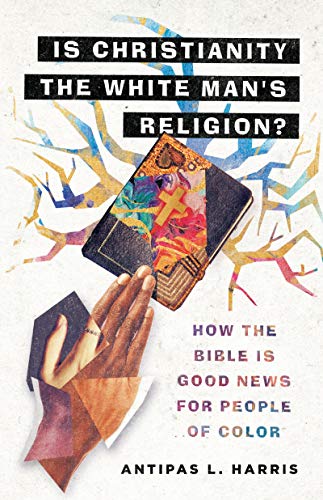 Among many young people of color, there is a growing wariness about organized religion and Christianity in particular. If Christianity is for everyone, why does the Bible seem to endorse slavery? Why do most popular images of Jesus feature a man with white skin and blue eyes? Is evangelical Christianity “good news” or a tool of white supremacy?
As our society increases in ethnic and religious diversity, millennials and the next generation of emerging adults harbor suspicions about traditional Christianity. They’re looking for a faith that makes sense for the world they see around them. They want to know how Christianity relates to race, ethnicity, and societal injustices. Many young adults have rejected the Christian faith based on what they’ve seen in churches, the media, and politics. For them, Christianity looks a lot like a “white man’s religion.”
Antipas L. Harris, a theologian, and community activist, believes that biblical Christianity is more affirmative of cultural diversity than many realize. In this sweeping social, theological, and historical examination of Christianity, Harris responds to a list of hot topics from young Americans who struggle with the perception that Christianity is detached from matters of justice, identity, and culture. He also looks at the ways in which American evangelicalism may have incubated the race problem.
Is Christianity the White Man’s Religion? affirms that ethnic diversity has played a powerful role in the formation of the Old and New Testaments and that the Bible is a book of justice, promoting equality for all people. Contrary to popular Eurocentric conceptions, biblical Christianity is not just for white Westerners. It’s good news for all of us.

Antipas L. HarrisHow the Bible Is Good News for People of ColorIntervarsity PressIs Christianity the White Man’s Religion
Gospel eBooks is a participant in the Amazon Services LLC Associates Program, an affiliate advertising program designed to provide a means for sites to earn advertising fees by advertising and linking to amazon.com. View our Privacy Policy.