Ben-Hur: The Novel That Inspired the Epic Movie

Ben-Hur: The Novel That Inspired the Epic Movie
https://gospelebooks.net/removed/ben-hur-novel-inspired-epic-movie.html 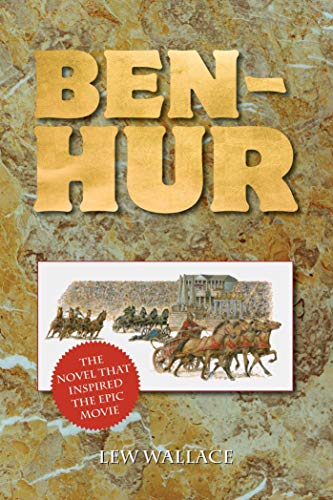 Lew Wallace’s powerful and poignant story of Judah Ben-Hur, a Jewish prince from Jerusalem living at the time of Jesus Christ, has been around for more than a century, yet it continues to attract and inspire readers to this day.

Falsely accused of attempting to assassinate a Roman governor, Ben-Hur is enslaved and sentenced to work on a Roman galley, while his mother and sister are imprisoned and their possessions and land confiscated. Luckily, he survives when the ship is attacked by pirates, and comes home, determined to find his family and intent on revenge on the Romans. While organizing a resistance force, he journeys to see John the Baptist. After he realizes that Jesus stands for forgiveness rather than revenge, Ben-Hur becomes one of his followers and devotes his life to the church after the crucifixion.

First published in 1880, Ben-Hur became a bestselling book upon publication and was adapted to the celebrated 1959 film of the same title, which won eleven Academy Awards. A true classic, this suspenseful and moving tale gives a glimpse of life at the turn of an era.

Ben-HurLew WallaceNovelSkyhorse
Gospel eBooks is a participant in the Amazon Services LLC Associates Program, an affiliate advertising program designed to provide a means for sites to earn advertising fees by advertising and linking to amazon.com. View our Privacy Policy.