A Life Once Dreamed

A Life Once Dreamed
https://gospelebooks.net/removed/a-life-once-dreamed.html 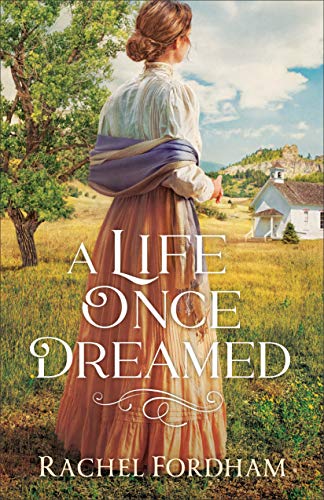 Six years ago, a shocking secret sent Agnes Pratt running in search of a new start. She found it in Penance, a rugged town of miners and lumberjacks in the Dakota Territory, where she became Miss Aggie, respected schoolteacher and confirmed old maid. But the past has a way of catching up with people.

When childhood friend and former sweetheart James Harris accepts a position as the town doctor, Aggie’s pleasantly predictable days suddenly become anything but. James wants to know why Agnes left behind the life they had dreamed of creating for themselves–but he is the one person who can never know.

In the shadows of the Black Hills, can a healing light be shed on the past? Or will the secret Agnes can’t seem to outrun destroy her chance at happiness?

Fan-favorite Rachel Fordham brings to life the dusty streets of an 1880s frontier town in this story that affirms where you come from matters far less than where you’re going.

A Life Once DreamedRachel FordhamRevell
Gospel eBooks is a participant in the Amazon Services LLC Associates Program, an affiliate advertising program designed to provide a means for sites to earn advertising fees by advertising and linking to amazon.com. View our Privacy Policy.