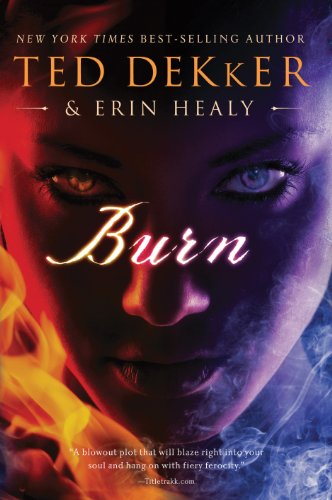 She escaped the fire–but not the effects of the burn.

Janeal has long felt trapped in her father’s Gypsy culture. Then one night a powerful man named Salazar Sanso promises her the life she longs for–if she will help recover a vast sum of money tied to her father.

When the plan implodes, Sanso and his men attack the gypsy settlement and burn it to the ground. During the blaze, Janeal is faced with a staggering choice.

The impact of that moment changes her forever.

As her past rises from the ashes, Janeal faces a new life-or-death choice. And this time, escape is not an option.

BurnErin HealyTed DekkerThomas Nelson
Gospel eBooks is a participant in the Amazon Services LLC Associates Program, an affiliate advertising program designed to provide a means for sites to earn advertising fees by advertising and linking to amazon.com. View our Privacy Policy.