Human Rites: The Power of Rituals, Habits, and Sacraments 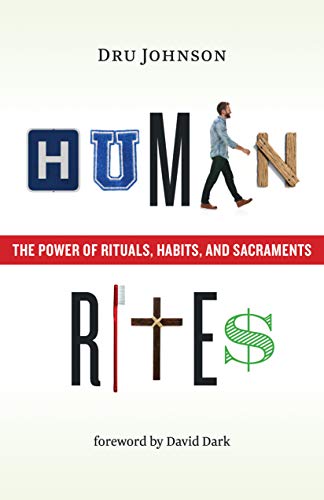 What are we doing when we gather around the sacraments— or when we make the same breakfast every morning? Embodying rituals, says Dru Johnson. And until we understand what we’re doing and why, we won’t know how these rituals work, what they mean, or how we might adapt them.

In Human Rites Johnson considers the concept of ritual as seen in Scripture and its role in shaping our thinking. He colorfully illustrates both the mundane and the sacred rituals that penetrate all of life, offering not only a helpful introduction to rituals but also a framework for understanding them. As he unpacks how rituals pervade every area of our lives, Johnson suggests biblical ways to focus our use of rituals, habits, and sacraments so that we can see the world more truly through them.

Human Rites: The Power of Rituals, Habits, and Sacraments
https://gospelebooks.net/removed/human-rites-power-rituals-habits-sacraments.html

Grounded in Heaven: Recentering Christian Hope and Life on God 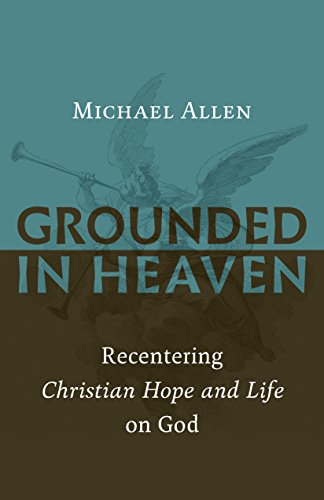 Eschatology and ethics are joined at the hip, says Michael Allen, and both need theocentric reorientation. In Grounded in Heaven Allen retrieves the traditional concept of the beatific vision and seeks to bring Christ back into the heart of our theology and our lives on earth.

Responding to the earthly-mindedness of much recent theology, Allen places his focus on God and the heavenly future while also appreciating ways in which the Reformed tradition provides a unique angle on broadly catholic concerns. Reaching back to classical ethics as well as its reformation by Calvin and other Reformed theologians, Grounded in Heaven offers a distinctly Protestant account of the ascetical calling to be heavenly-minded and to deny one’s self.

The Love That Is God: An Invitation to Christian Faith 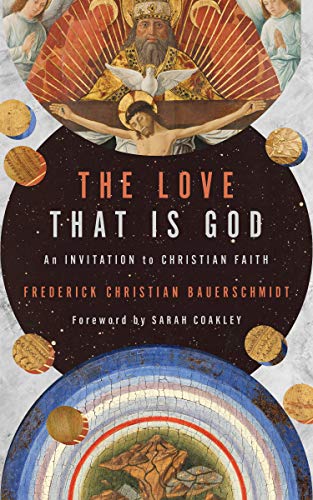 “God is love is the radical claim of Christianity,” writes Frederick Bauerschmidt at the beginning of this little meditation on the essentials of Christian faith. In a rich yet accessible style reminiscent of C. S. Lewis and G. K. Chesterton, Bauerschmidt breathes life back into that claim, drawing from Scripture, great Christian and non-Christian writers of the past, and his own lived experience to show just how countercultural and subversive Christianity is actually meant to be. Eschewing the abstract and dogmatic in favor of the relational and inviting, he offers something for everyone, from lifelong churchgoers and students of religion to the growing population of “nones” among younger generations who are increasingly seeking spiritual fulfillment outside of institutional Christianity.

With further reading suggestions (both scriptural and nonscriptural) at the end of each chapter, The Love That Is God is the perfect starting point of a spiritual journey into deeper relationship with God.

The Love That Is God: An Invitation to Christian Faith
https://gospelebooks.net/christian-ebook-deals/love-god-invitation-christian-faith.html

The Psalms as Christian Praise: A Historical Commentary 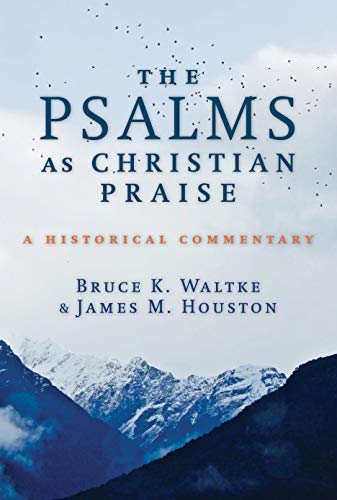 Two respected scholars explore the heart of the Psalms

Since praise is the essence of the book of Psalms, Waltke and Houston have narrowed the focus to Book IV of the Psalter (Psalms 90-106), which magnify God and proclaim him king. To give voice to the psalmist, the authors (carefully) translate and explain each psalm and summarize its theological message. This is followed by listening to the voice of godly churchmen whose comments have stood the test of time. The Psalms as Christian Praise is ideal for anyone seeking to better understand the praise of Israel as found in the Psalms and how Christians also use these Psalms in worship.

The Psalms as Christian Praise: A Historical Commentary
https://gospelebooks.net/removed/psalms-christian-praise-historical-commentary.html 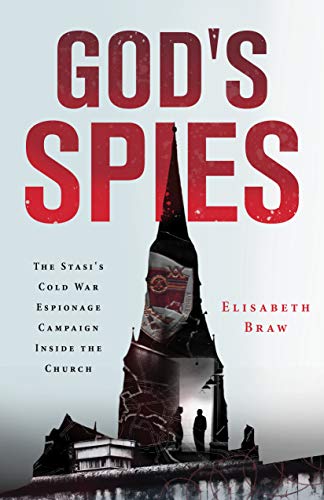 East Germany only existed for a short forty years, but in that time, the country’s secret police, the Stasi, developed a highly successful “church department” that—using persuasion rather than threats—managed to recruit an extraordinary stable of clergy spies. Pastors, professors, seminary students, and even bishops spied on colleagues, other Christians, and anyone else they could report about to their handlers in the Stasi.

Thanks to its pastor spies, the Church Department (official name: Department XX/4) knew exactly what was happening and being planned in the country’s predominantly Lutheran churches. Yet ultimately it failed in its mission: despite knowing virtually everything about East German Christians, the Stasi couldn’t prevent the church-led protests that erupted in 1989 and brought down the Berlin Wall.

Surprised by Jesus Again: Reading the Bible in Communion with the Saints 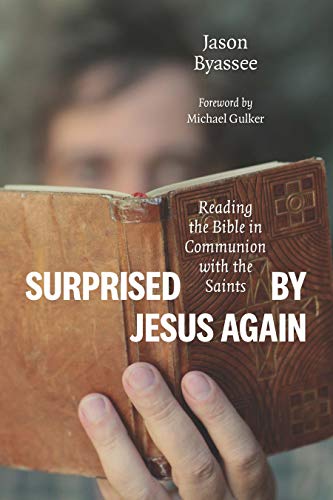 No one expects to be surprised. Yet biblical interpretation can do exactly that. Christians expect to see Jesus as they read the Bible, but when and how Jesus actually speaks through Scripture can still surprise us!

Drawing on the early church’s theological giants—Origen, Augustine, Gregory the Great, and more from the historical cloud of witnesses—author Jason Byassee models how we can recover ancient Christians’ multiple ways of reading the Bible to our benefit. As Byassee says, God himself is Jewish, Catholic, and Pentecostal—so much larger than our own little corner on the truth—and this book offers readers a refreshingly enhanced vision of the Bible and of Jesus himself.

Surprised by Jesus Again: Reading the Bible in Communion with the Saints
https://gospelebooks.net/removed/surprised-jesus-reading-bible-communion-saints.html

Baby Dinosaurs on the Ark? 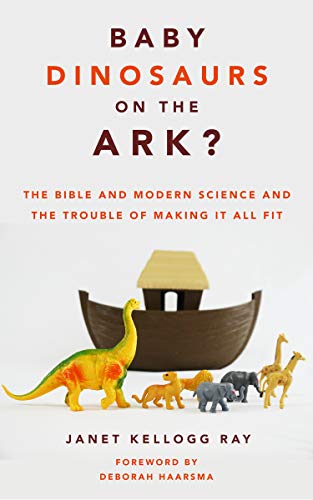 A scientific look at creationism from a former creationist

A significant number of Americans, especially evangelical Christians, believe Earth and humankind were created in their present form sometime in the last 10,000 years or so—the rationale being that this is (presumably) the story told in the book of Genesis. Within that group, any threatening scientific evidence that suggests otherwise is rejected or, when possible, retrofitted into a creationist worldview.

But can this uncomfortable blend of biblical literalism and pseudoscience hold up under scrutiny? Is it tenable to believe that the Grand Canyon was formed not millions of years ago by gradual erosion but merely thousands of years ago by the Great Flood? Were there really baby dinosaurs with Noah on his ark?

END_OF_DOCUMENT_TOKEN_TO_BE_REPLACED

Baby Dinosaurs on the Ark?
https://gospelebooks.net/removed/baby-dinosaurs-ark.html

Page 1 of 1112345...10...»Last »
Gospel eBooks is a participant in the Amazon Services LLC Associates Program, an affiliate advertising program designed to provide a means for sites to earn advertising fees by advertising and linking to amazon.com. View our Privacy Policy.