My Wynter Season: Seeing God’s Faithfulness in the Shadow of Grief

My Wynter Season: Seeing God\’s Faithfulness in the Shadow of Grief
https://gospelebooks.net/removed/wynter-season-seeing-gods-faithfulness-shadow-grief.html 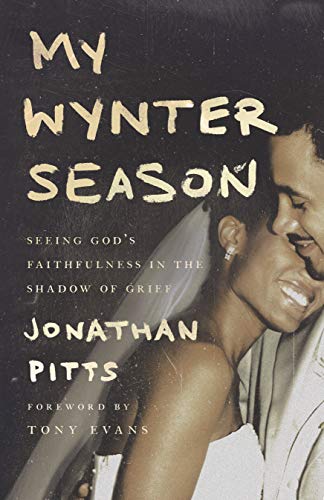 Seasons come and go, but Wynter seemed to leave too soon.

When Jonathan Pitts took his wife of 15 years into his arms for their anniversary dance, he had no idea that within a month he would be on a completely different journey, navigating life after Wynter’s sudden death at the age of 38.

One moment he was married to a successful author and magazine publisher, and putting the finishing touches on their book about marriage. The next he was a widower and a single father of four grieving daughters. Without warning, the future his family had planned together dissolved, leaving Jonathan trying to answer the question that echoed through his daughters’ hearts and his own: How could a loving God allow this unspeakable loss?

My Wynter Season is Jonathan’s story of losing the most wonderful gift he had ever been given and his journey toward understanding life without her. Yet in the wilderness of his grief, Jonathan found himself surrounded by God’s extravagant love, and came to truly understand Christ’s life-giving promise that death is not the end.

Harvest House PublishersJonathan PittsMy Wynter SeasonSeeing God's Faithfulness in the Shadow of Grief
Gospel eBooks is a participant in the Amazon Services LLC Associates Program, an affiliate advertising program designed to provide a means for sites to earn advertising fees by advertising and linking to amazon.com. View our Privacy Policy.