Scripture and Tradition: What the Bible Really Says

Scripture and Tradition: What the Bible Really Says
https://gospelebooks.net/removed/scripture-tradition-bible-really-says.html 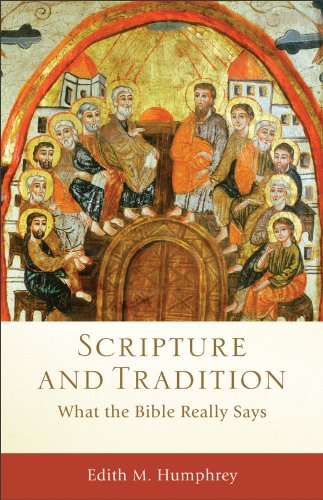 In some of the church’s history, Scripture has been pitted against tradition and vice versa. Prominent New Testament scholar Edith Humphrey, who understands the issue from both Protestant and Catholic/Orthodox perspectives, revisits this perennial point of tension. She demonstrates that the Bible itself reveals the importance of tradition, exploring how the Gospels, Acts, and the Epistles show Jesus and the apostles claiming the authority of tradition as God’s Word, both written and spoken. Arguing that Scripture and tradition are not in opposition but are necessarily and inextricably intertwined, Humphrey defends tradition as God’s gift to the church. She also works to dismantle rigid views of sola scriptura while holding a high view of Scripture’s authority.

Baker AcademicEdith M. HumphreyScripture and TraditionWhat the Bible Really Says
Gospel eBooks is a participant in the Amazon Services LLC Associates Program, an affiliate advertising program designed to provide a means for sites to earn advertising fees by advertising and linking to amazon.com. View our Privacy Policy.