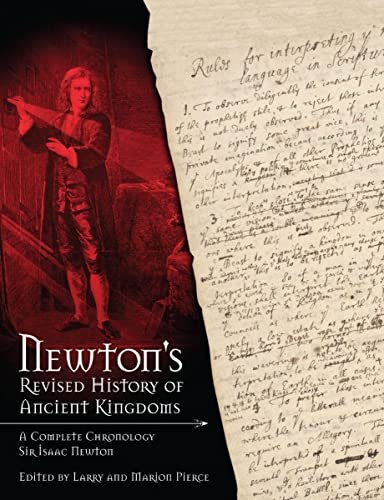 When you think of Sir Isaac Newton, you normally think of a great scientist and mathematician. His contributions to these areas of human knowledge are enormous. The same genius he applies to other disciplines, Newton also brings to bear on ancient history. Like a first rate defense attorney, Newton cross-examines the ancient writers, using their own words against them to expose their logical inconsistencies. He then develops a more sound chronology using scientific method based on logic, observations, astronomy, and just plain common sense.

Newton worked on this project for over forty years, but it was not published until 1728, a year after he died. Master Books is republishing this landmark book in a format and style suitable for today’s readers, and most of secular ancient history before 700 BC will need drastic revision in the light of Newton’s detailed findings.

Master BooksNewton's Revised History of Ancient KingdomsSir Isaac Newton
Gospel eBooks is a participant in the Amazon Services LLC Associates Program, an affiliate advertising program designed to provide a means for sites to earn advertising fees by advertising and linking to amazon.com. View our Privacy Policy.