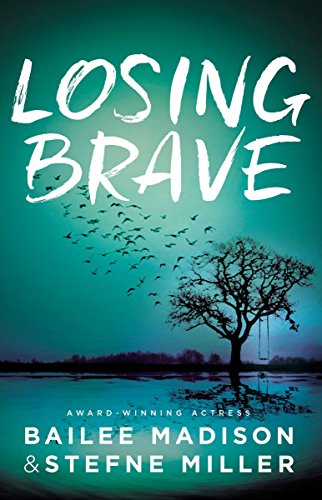 From award-winning actress Bailee Madison and Reader’s Choice Award Finalist Stefne Miller, comes Losing Brave. More than a year has passed since seventeen-year-old Payton Brave’s twin sister went missing; and Payton, in her desperate attempt to hold on to what’s left of Dylan’s memory, is starting to crack.

Lost in the mystery and turmoil of her sister’s disappearance, Payton must overcome the aftermath of being the one left behind. She’s unable to remember even the smallest piece of what happened the day Dylan vanished. When sudden and reckless outbursts throw her from the graces of popularity to the outskirts of high school society, her new status attracts a crowd of friends she never anticipated—including a troubling romance with her sister’s boyfriend, Cole.

New clues unearth about the circumstances of her disappearance when another missing girl’s body is recovered from a nearby lake, the victim’s features eerily similar to Dylan’s. The more Payton pries open the clenches of her blocked memories, yielding to her need to know what happened, the further down the path of danger she goes. The darkness around her sister’s disappearance grows and the truth becomes more and more unbearable. And what she finds might just cost her life.

Bailee MadisonBlinkLosing Brave (Blink)Stefne Miller
Gospel eBooks is a participant in the Amazon Services LLC Associates Program, an affiliate advertising program designed to provide a means for sites to earn advertising fees by advertising and linking to amazon.com. View our Privacy Policy.