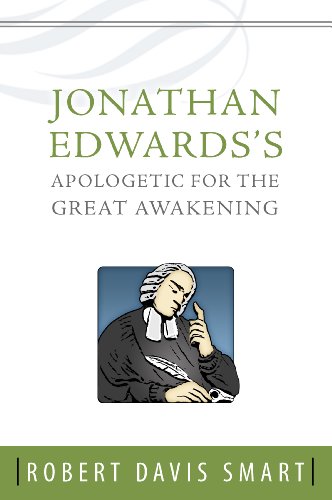 In the 1740s Jonathan Edwards emerged as the New Light proponent of the claim that the Great Awakening was, in the main, a true work of the Spirit of God. Conversely, Charles Chauncy led the Old Lights in opposition by offering criticisms of the Awakening. In this book, Robert Davis Smart examines Edwards’s defense of the revival with particular attention to Chauncy’s criticisms, which have often been acknowledged but not previously subjected to thorough analysis. He sets forth historical and contextual factors that shaped Edwards and his generation, shows how Edwards emerged as a leader of the revival from its early days, and offers an updated survey of the modern attempts to interpret the Awakening theologically, sociologically, and historically. Here is a detailed treatment of the contrasting perspectives of Edwards and Chauncy, an extensive analysis of their major works regarding the revival, an able assessment of the essential issues raised by the debate, and an evaluation of the significant contributions of these men.

Jonathan Edwards’s Apologetic for the Great AwakeningNon FictionReformation Heritage BooksRobert Davis Smart
Gospel eBooks is a participant in the Amazon Services LLC Associates Program, an affiliate advertising program designed to provide a means for sites to earn advertising fees by advertising and linking to amazon.com. View our Privacy Policy.