Investigating the Resurrection of Jesus Christ: A New Transdisciplinary Approach 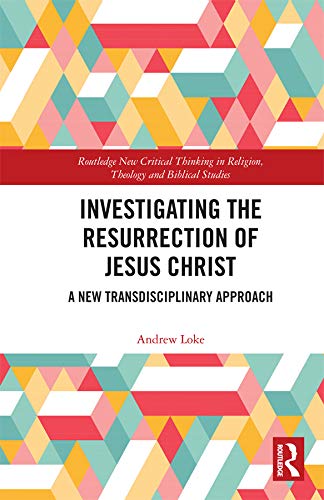 This book provides an original and comprehensive assessment of the hypotheses concerning the origin of resurrection Christology. It fills a gap in the literature by addressing these issues using a transdisciplinary approach involving historical-critical study of the New Testament, theology, analytic philosophy, psychology and comparative religion.

Using a novel analytic framework, this book demonstrates that a logically exhaustive list of hypotheses concerning the claims of Jesus’ post-mortem appearances and the outcome of Jesus’ body can be formulated. It addresses these hypotheses in detail, including sophisticated combinations of hallucination hypothesis with cognitive dissonance; memory distortion; and confirmation bias. Addressing writings from both within and outside of Christianity, it also demonstrates how a comparative religion approach might further illuminate the origins of Christianity.

This is a thorough study of arguably the key event in the formation of the Christian faith. As such, it will be of keen interest to theologians, New Testament scholars, philosophers, and scholars of religious studies.

A New Transdisciplinary ApproachAndrew LokeInvestigating the Resurrection of Jesus ChristNon FictionRoutledge
Gospel eBooks is a participant in the Amazon Services LLC Associates Program, an affiliate advertising program designed to provide a means for sites to earn advertising fees by advertising and linking to amazon.com. View our Privacy Policy.