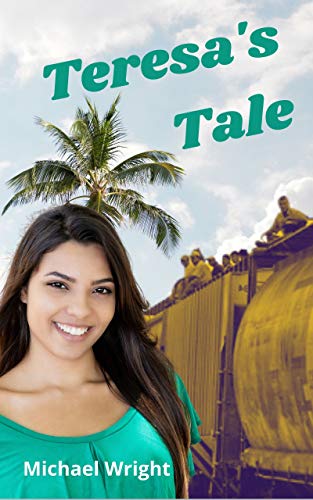 Teresa and her family face two bad options: One, endure poverty and cruel gang violence in Honduras. Or two, ride the Mexican freight train, known as the beast, to find a better life in the United States.

The Mara Salvatrucha gang tortures and kills Teresa’s father and boyfriend and threatens her and her brother. Her mother, Susana, now a widow, chooses the beast as the best of their bad options for Teresa and her brothers. Teresa travels through Guatemala and Mexico with her teenage brother, José, and her six-year-old brother, Pepe. When José falls from the beast to his death, Teresa abandons the beast, only to fall victim to a rapist.

Her fate changes when a Christian missionary in Mexico helps her overcome the devastation and trauma from the rape and restores her faith in God. Teresa makes it to the United States as an undocumented immigrant and falls in love with Matthew, a soccer star. But just when she sees some hope for happiness in her life, Matthew’s sister, Cynthia, betrays Teresa, and deportation tears them apart.

BowkerMichael WrightMulticulturalRomanceTeresa's Tale
Gospel eBooks is a participant in the Amazon Services LLC Associates Program, an affiliate advertising program designed to provide a means for sites to earn advertising fees by advertising and linking to amazon.com. View our Privacy Policy.