The Life of Billy Kim: From Houseboy to World Evangelist

The Life of Billy Kim: From Houseboy to World Evangelist
https://gospelebooks.net/cheap-christian-ebooks/life-billy-kim-houseboy-world-evangelist.html 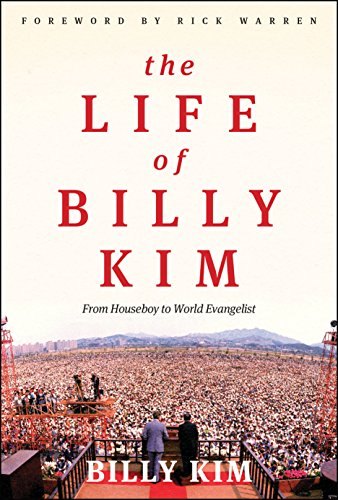 Billy Kim was plucked out of poverty and obscurity during wartime in Korea by what could only have been chance—or a miracle. Picked seemingly at random by an American GI to be the houseboy for their barracks in Korea, sixteen-year-old Billy began the path that would bring him to school in America. Later he would go on to be the translator for Billy Graham’s 1973 crusade, a preacher to millions, and an influential global leader for the spread of the gospel. He has been aptly described as the Billy Graham of Asia.

The Life of Billy Kim is the story of how God’s work has been revealed in this one man’s life. For anyone looking for guidance as they serve the Lord, Billy Kim’s life will be a powerful inspiration of providence in a surrendered life.

This is the story of what God can do through the life of a person extraordinarily surrendered to His will.

Billy KimFrom Houseboy to World EvangelistMoody PublishersThe Life of Billy Kim
Gospel eBooks is a participant in the Amazon Services LLC Associates Program, an affiliate advertising program designed to provide a means for sites to earn advertising fees by advertising and linking to amazon.com. View our Privacy Policy.