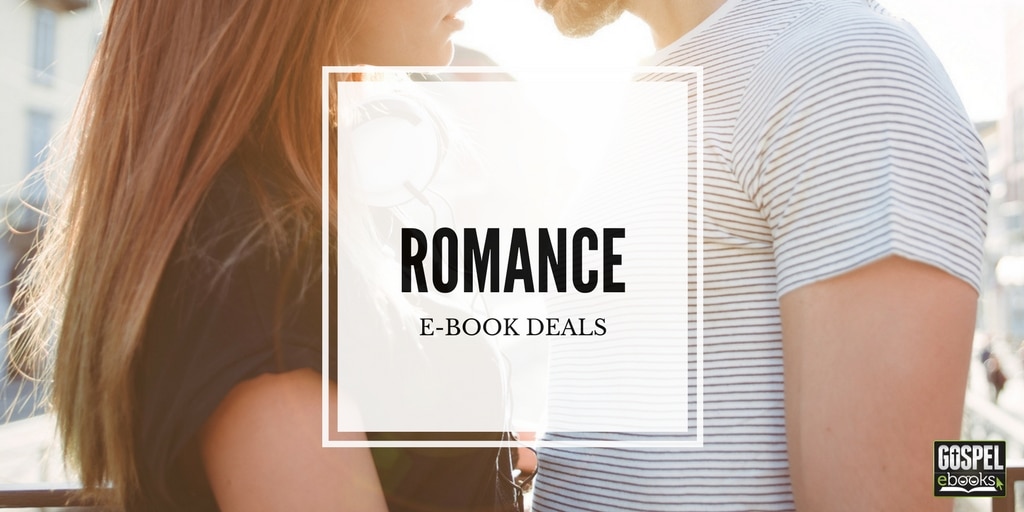 In this grab bag we have 6 romance e-books from Barbour Publishing which were written by various authors. The prices and sale dates that the publisher has provided are under each ebook cover.

In this grab bag we have 3 assorted e-books from various authors and publishers. The prices and sale dates that the publisher has provided are under each ebook cover. 2015 Christy Award finalist!
2014 winner of a Genre Fiction award from Library Journal!
After a whirlwind romance, Taryn Young is preparing to board a plane at Houston International Airport, bound for a dream honeymoon, when a bomb decimates the terminal. Injured but still alive, she awakens to discover her husband is missing and they’re both considered prime suspects in the attack. Further, the FBI is convinced her husband isn’t who he appears to be.

Agent Grayson Hall’s number-one priority is to catch those responsible for the day’s act of terror. All evidence is pointing to Taryn and her new husband. But his instinct tells him her pleas of innocence are genuine. Is her naiveté just for show, or could she truly be another victim of a master scheme, possibly linked to the software she recently developed for her company?

With both their lives and reputations on the line, and the media outcry for justice increasing with each passing minute, Taryn and Grayson have no choice but to trust one another . . . and pray they can uncover the truth before they become two more casualties. Special Agent Meghan Connors’ dream of one day protecting the president of the United States is about to come true. Only one assignment stands in her way. After the vice president’s rebellious daughter is threatened, Meghan is assigned to her protective detail on a secluded ranch in West Texas. Unfortunately, working with Special Agent in Charge Ash Zinders may be as tough as controlling her charge. Ash has a reputation for being critical and exacting, and he’s also after the same promotion as Meghan. But when the threats escalate and security on the ranch is breached, it becomes clear this isn’t the work of a single suspect—it’s part of a sophisticated plan that reaches deeper and higher than anyone imagined. And only Ash and Meghan can put the pieces together before it’s too late.

In this grab bag we have 3 e-books from Tyndale House which were written by various authors. The prices and sale dates that the publisher has provided are under each ebook cover.

Sworn to Protect (Call of Duty) 2011 Christy Award winner!
Border Patrol Agent Danika Morales has sworn to protect the southern borders of our nation, but that oath has cost her. Two years ago, her husband, Toby, was killed trying to help the very immigrants Danika was responsible for sending back to Mexico. His murder was never solved. But now, a recent string of attacks and arrests leads her to believe that someone in McAllen is profiting from sneaking undocumented immigrants into the country . . . and it may somehow be tied to Toby’s death. 2010 Christy Award winner! 2010 Inspirational Readers Choice Award winner!
Paige Rogers is a former CIA agent who lost all she treasured seven years ago when her entire team was killed in a covert mission. She blames their leader—Daniel Keary—whom Paige believes betrayed them. Disillusioned and afraid for her life, she disappeared and started a new life as a small-town librarian. But when Keary announces his candidacy for governor of her state, he comes after Paige to ensure that she won’t ruin his bid for office. He threatens everything she holds dear, and Paige must choose between the life of hiding that has become her refuge . . . Or risking everything in one last, desperate attempt to right old wrongs.