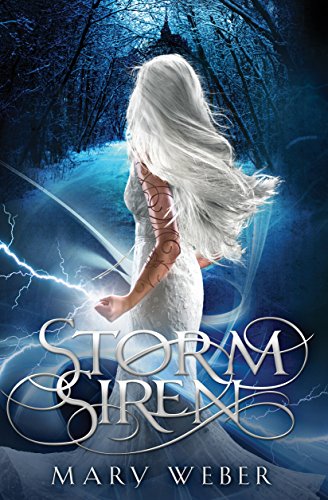 In a world at war, a slave girl’s lethal curse could become one kingdom’s weapon of salvation. If the curse–and the girl–can be controlled.

“I raise my chin as the buyers stare. Yes. Look. You don’t want me. Because, eventually, accidentally, I will destroy you.”

As a slave in the war-weary kingdom of Faelen, seventeen-year-old Nym isn’t merely devoid of rights, her Elemental kind are only born male and always killed at birth–meaning, she shouldn’t even exist.

Standing on the auction block beneath smoke-drenched mountains, Nym faces her fifteenth sell. But when her hood is removed and her storm-summoning killing curse revealed, Nym is snatched up by a court advisor and given a choice: be trained as the weapon Faelen needs to win the war or be killed.

Choosing the former, Nym is unleashed into a world of politics, bizarre parties, and rumors of an evil more sinister than she’s being prepared to fight . . . not to mention the trainer whose dark secrets lie behind a mysterious ability to calm every lightning strike she summons.

But what if she doesn’t want to be the weapon they’ve all been waiting for? Set in a beautifully eclectic world of suspicion, super abilities, and monsters, Storm Siren is a story of power. And whoever controls that power will win.

“Storm Siren is a riveting tale from start to finish. Between the simmering romance, the rich and inventive fantasy world, and one seriously jaw-dropping finale, readers will clamor for the next book–and I’ll be at the front of the line!” –Marissa Meyer, New York Times bestselling author of Cinder and the Lunar Chronicles

“Intense and intriguing. Fans of high stakes fantasy won’t be able to put it down.” –C. J. Redwine, author of DEFIANCE

“A riveting read! Mary Weber’s rich world and heartbreaking heroine had me from page one. You’re going to fall in love with this love story.” –Josephine Angelini, internationally best-selling author of the Starcrossed trilogy