The Road to Mercy: A Journey of Secrets, Survival, and Redemption

The Road to Mercy: A Journey of Secrets, Survival, and Redemption
https://gospelebooks.net/christian-ebook-deals/road-mercy-journey-secrets-survival-redemption-2.html 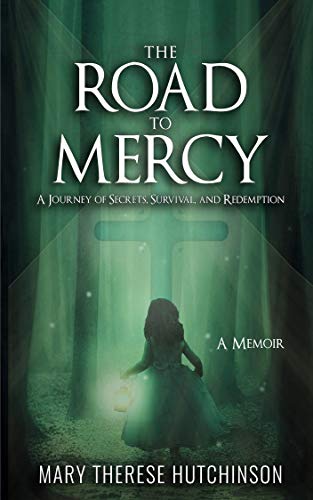 Silver Medal Winner in the 2020 Illumination Book Awards and 3rd Place Winner in the 2019 Xulon Press Christian Author Awards Contests, Biography/Memoir Category.
The inspirational true story of God sparing a young girl from being murdered and later transforming her life, as seen on The 700 Club.

By age twelve, Mary Therese Hutchinson had survived not one, not two, but four attempts on her life. Even worse, the assailant and man who had sexually abused her for years was no outsider but a trusted family member. Forced to keep much of what she endured a secret, Mary came to believe everything she’d been taught about God was a fairy tale. After all, what loving God would allow such horrible things to happen to a little girl? Or if he was real, then God had forgotten about her.
By adulthood, Mary was outwardly a successful, beautiful young woman. But unresolved trauma and hate for her abuser led to a downward spiral of despair and self-destructive choices. A stranger’s prayers became the catalyst that started Mary on a journey of emotional healing and spiritual transformation. She now knew God was no fairy tale but a loving, merciful heavenly Father who, far from abandoning her, had miraculously intervened to save her young life.

But when her assailant reentered Mary’s life, she faced her greatest challenge yet. Could she extend to her abuser the same mercy God had so abundantly extended to her? The heart-pounding conclusion to this story is one no reader will ever forget. It all began with one woman’s choice to step out of her dark nightmare and onto the road to mercy.
ABOUT THE AUTHOR Born in Upstate New York, Mary Therese Hutchinson is a graduate of the Katharine Gibbs School and worked for many years as an executive and legal secretary. Now retired, she still enjoys using her organizational and planning skills for community service. Mary’s incredible story of secrets, survival, redemption, and transformation has been featured on The 700 Club. She lives on the East Coast with her husband Wally and their adopted rescue dog.

Mary HutchinsonNon FictionPower Filled PressThe Road to Mercy
Gospel eBooks is a participant in the Amazon Services LLC Associates Program, an affiliate advertising program designed to provide a means for sites to earn advertising fees by advertising and linking to amazon.com. View our Privacy Policy.