The Reformation of Mars (The Eden Stories Book 2)

The Reformation of Mars (The Eden Stories Book 2)
https://gospelebooks.net/christian-ebook-deals/reformation-mars-eden-stories-book-2.html 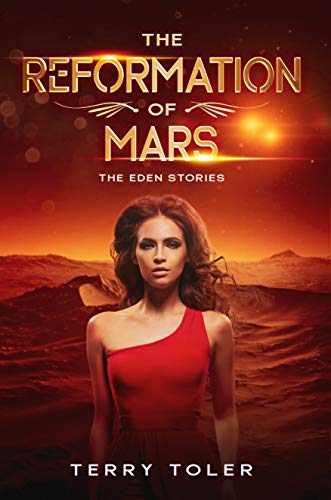 The wicked king demands that Martian Luther be hunted down and killed. Will Abbey succeed in getting the truth to the people or will the church kill her before reformation can come to Mars . . .

Praise is pouring in for The Reformation of Mars:

“Martian Luther is a great premise!”

“Never a dull moment in a Terry Toler story.”

“Wow! What a story and incredible ending.”

“I love it! Interesting things about Mars interspersed and plenty of action that makes you not want to put it down.”

Terry TolerThe Eden Stories Book 2The Reformation of Mars
Gospel eBooks is a participant in the Amazon Services LLC Associates Program, an affiliate advertising program designed to provide a means for sites to earn advertising fees by advertising and linking to amazon.com. View our Privacy Policy.