Melchizedek: Book One: Kings and Priests 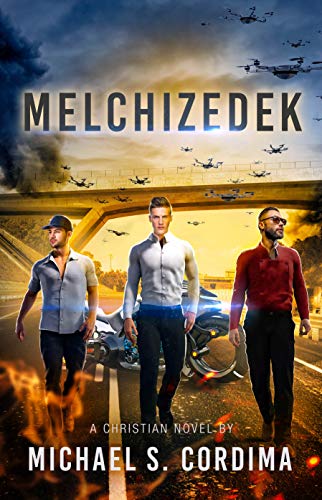 In the near future, an electoral crisis leads to chaos across the United States. Jerry Farron, a freelance journalist, is given the assignment of infiltrating territory that has been taken by a group of prosperity churches outside of Spokane. After an arduous journey, he meets the unexpected in the form of Mark Tunbridge, a true believer on a spiritual mission to do the same, though for a completely different purpose.

Meanwhile, in Seattle, Simon Raimes, a stoic atheist with grand ambitions of his own, finds himself and his government-sanctioned volunteer Shotgun Army in the fight of their lives as an unanticipated element enters a critical situation, both threatening his plans and quite possibly the entire free world should he fail.

In this first volume in the Melchizedek series, take the time to examine your faith (or lack thereof) and remember, Griefers gonna grief.

Makes a great Christian gift for friends or family members. Available in digital format and in paperback.

Book OneKings and PriestsMelchizedekMichael CordimaMSC Books
Gospel eBooks is a participant in the Amazon Services LLC Associates Program, an affiliate advertising program designed to provide a means for sites to earn advertising fees by advertising and linking to amazon.com. View our Privacy Policy.