Runaway Radical: A Young Man’s Reckless Journey to Save the World

Runaway Radical: A Young Man\’s Reckless Journey to Save the World
https://gospelebooks.net/cheap-christian-ebooks/runaway-radical-young-mans-reckless-journey-save-world.html 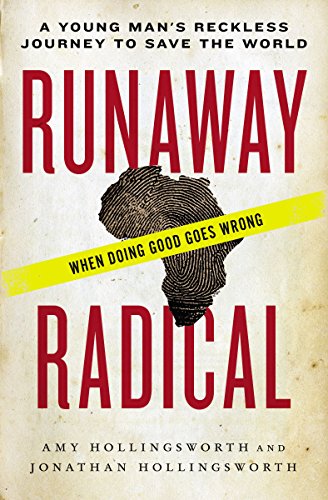 A young idealist heeds the call to radical obedience, gives away all of his belongings and shaking off the fetters of a complacent life, travels halfway around the world. There he discovers, among the poor and the fatherless of West Africa, that he has only surrendered to a new kind of captivity.

There is no doubt that young people today are fully invested in social and human rights issues. They start their own nonprofits, they run their own charities, they raise money for worthy causes. Books on saving the world abound, topping the bestsellers’ lists, fueling the drive to prove not only a commitment to the world but devotion to God.

Now there is a new crop of books starting to emerge, detailing the consequences of trying to save a world that is not ours to save. But none of these books tell the story that Runaway Radical tells; this is the first book to highlight the painful personal consequences of the new radicalism, documenting in heartbreaking detail what happens when a young person becomes entrapped instead of liberated by its call. His radical resolve now shaken, he returns home to rebuild his life and his faith.

Runaway Radical serves as an important and cautionary tale for all who lead and participate in compassion activism, in the art of doing good— both overseas and at home— amidst this new culture of radical Christian service.

A Young Man's Reckless Journey to Save the WorldAmy HollingsworthFictionJonathan Edward HollingsworthRunaway RadicalThomas Nelson
Gospel eBooks is a participant in the Amazon Services LLC Associates Program, an affiliate advertising program designed to provide a means for sites to earn advertising fees by advertising and linking to amazon.com. View our Privacy Policy.