Between the Cross and the Throne: The Book of Revelation

Between the Cross and the Throne: The Book of Revelation
https://gospelebooks.net/cheap-christian-ebooks/cross-throne-book-revelation.html 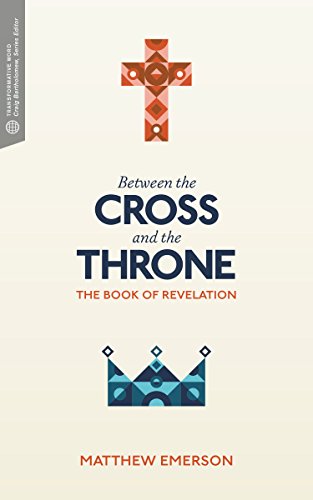 Revelation is often considered one of the most confusing books of the Bible, and consequently, it’s regularly overlooked or ignored. But no longer. In Between the Cross and the Throne, Matthew Emerson walks us through the book of Revelation, unpacking its complex imagery and pointing out major themes. In a conversational tone, he reminds us that Christ died, but he has risen. The Lord reigns, but evil persists. We live between Christ’s ascension and his final conquest–and that should give us hope.

Lexham PressMatthew Y. EmersonNon FictionThe Book of Revelation
Gospel eBooks is a participant in the Amazon Services LLC Associates Program, an affiliate advertising program designed to provide a means for sites to earn advertising fees by advertising and linking to amazon.com. View our Privacy Policy.